Magic After She Gave Him A Marriage Ultimatum

Astrology-Love / Magic After She Gave Him A Marriage Ultimatum 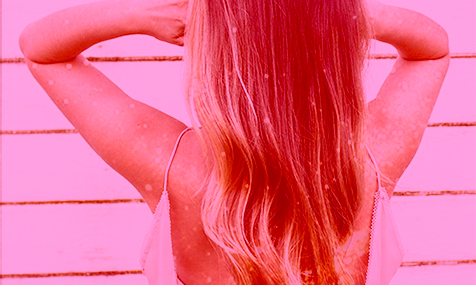 Renée and Mark committed to each other right away. But they never planned to tie the knot because clearly, marriage was an outdated institution. Amirite? Or is it, um -- at least that's what this couple believed back when they met in their early 20s.

Sixteen years into their relationship, Renée's thoughts about marriage changed. Now she wanted a ring on her finger. But she was stuck in the role of the cool go-with-the-flow girlfriend. Tell Mark about her dream? No way -- she kept her desire to wed hidden for 2 years. Wow, that's a long time! The more she suppressed it, the more the pressure grew. Then on their vacation to Cancun, what should have been a fun trip felt tense. As they drank margaritas at their favorite cantina and lazed on the Costa Mujeres beach, Mark could tell something was wrong. When they stepped off the plane back home, it all came tumbling out. She gave him an ultimatum. Marry her, or it was over. The conversation didn't go how she planned.

What about you? Have you ever been in a relationship and changed how you felt about something important like marriage, having kids, or monogamy, but you were so busy playing the cool girl that it was hard to ask for and get what you wanted?

The Love Synergy Between Their Horoscopes

Renée confirmed they had a comfortable relationship, plus there was a lot of passion between them. Unlike most couples who commit at such a young age, these two were still together in their 30s. Sure, their relationship was unconventional. They rarely lived together like most couples who are together that long. But overall, they were never apart for long. Even when slight disagreements came up, they'd soon gravitate back into each other's arms.

No More Cool Girlfriend -- Renée Wanted To Get Engaged

Through the years, neither Renée nor Mark ever pushed for one issue enough to part ways. But that day, surrounded by luggage, beach sand still covering everything she wore -- Renée's constant attempt to be the cool girl went out the window.

"I think it was surprising for both of us," Renée told me. It wasn't her plan to talk about marriage. And she especially didn't mean to give Mark the 'marry me or else' ultimatum, but it just came out of her mouth.

Gone was the girl who would never make waves. The woman who went along with whatever Mark wanted to keep her status as the coolest girlfriend ever. When Renée flipped the script, the conversation turned into a shouting match.

Astrology Timing And Can They Make It Work?

When I looked at the timing around when she confronted Mark, I could see why Renée couldn't hold it in anymore. Three planets were pointing right at sensitive places that controlled love in her horoscope. One of them was the moon -- the emotional planet. It was a significant reason she had to pour her heart out to him. Unfortunately, she didn't get the answer she expected to get. "It went completely sideways." She admitted.

Now Renée wanted to know if Mark would come around? Would they get back together? Was there a chance they'd become husband and wife one day? It had been two weeks since they had had any sort of contact. That was the longest time they had ever been apart in their whole relationship.

When I looked at their charts, they were both in green connection cycles on the day they met. Just like a stoplight, a green cycle means "go!". It's a great connection cycle for making a commitment (including marriage). Combine that with the powerful personal compatibility between their zodiacs, and they had the kind of relationship their friends were envious of.

Usually, a green connection cycle tells me a couple definitely has what it takes to get hitched. But remember, I always recommend listening to what your partner tells you if you want to know if you'll ever get engaged. If somebody says they never want to get married, believe them! Even the best astrology love timing will not change your lover's intentions -- at least most of the time. But then Renée gave me a hint.

It Wasn't The First Time Marriage Came Up

It seemed unusual that a couple could be together for sixteen years and never talk about being husband and wife. Renée admitted Mark would bring up marriage every so often, and sometimes she would bring it up. But they never seemed to want to wed at the same time. And neither of them pushed the issue.

When Renée gave Mark her ultimatum, it was the first time they had a conversation about marriage that didn't end with one of them being disappointed -- but soldiering on in the relationship anyway.

Now she wanted to know where they were headed and if they would be going together as a married couple or parting ways.

Based on their excellent astrology timing on the day they met, plus the fact both of them had brought up marriage in the past, it seemed very likely that Mark would eventually get back in touch with Renée and want to tie the knot.

Renée told me that even if they didn't get back together, she felt their relationship had been successful, and she had no regrets. I would expect this from a couple who began their journey together under the happy astrology love timing in their horoscopes.

And then something beautiful happened.

"I can't believe it. Mark's calling on the other line!" Renée told me excitedly. The session was winding down so she decided to accept the call.

Later on, Renée texted me:

"I know this shouldn't be weird, but the fact he called me after talking with you for an hour [...] is blowing my mind."

It is mind-blowing AND that sort of magic happens all the time during one-on-ones. Mark must be psychically sensitive to pick up on Renée pouring out her heart song.

Renée later reported that Mark had asked to meet up in person. Once they met, they had a good time, and he made an effort to talk with her about their relationship. She asked for more time before they did a 'deep dive' into their future.

No matter. Mark knows her boundaries. She's made it very clear that if she's going to be in a relationship, it has to be moving towards marriage. I think she can get what she wants. What do you think?

In her early 20s, Renée committed to Mark, thinking she'd never want to walk down the aisle. But she admitted a big part of herself always seemed to be headed that way. Sixteen years into the relationship, she physically could not tiptoe around the marriage question anymore. Wedding bells were firmly on Renee's bucket list. Even if that meant breaking up and dating men who wanted the same thing out of a relationship that she did. Setting her expectations for their relationship was destabilizing at first, but Mark asked to meet up with her two weeks later to plan their new life.