Why Zodiac Signs Can't Catch A Cheater And What Works 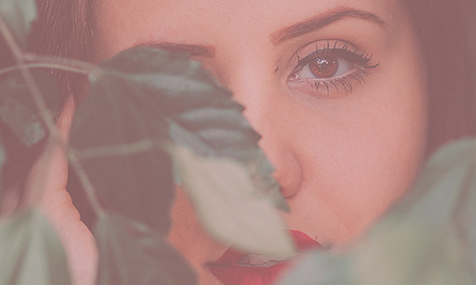 If you've been following zodiac signs, you know a few main ones get blamed for being Cheaters. So let's say them together! Gemini and Scorpio. Those are the big two, and then the lists will sometimes throw in other signs like Pisces and Leos.

You probably know about those zodiac signs' reputations because they've become pretty infamous by now. But do these signs really have a more of a tendency to be unfaithful? Well, not exactly.

When Your Partner's Zodiac Sign Doesn't Fit The Prediction

Have you dated somebody in the past who was in one of the so-called "safe" signs but ended up being a serial cheater anyway? Who would think conscientious, follow the rules Capricorn would cheat, but it happens -- maybe you've even been disappointed by so-called reliable Capricorn?

I got a break it to you. The truth is that sun signs don't work very well at helping you catch a cheater. Or avoid a cheater. And there's an excellent reason why!

The Real Way To Predict Cheating With The Zodiac

A zodiac sign gives a tendency or a shade to somebody's personality. But to predict stuff like unfaithfulness, you'll need astrology love timing. To make that sort of deep dive into the zodiac you'll need your partner's horoscope for the moment of their birth. A horoscope shows the position of at least 8 planets, when somebody was born. Planets such as the Sun, Moon, Jupiter, Mars, and Saturn, etc.

You also need to know when you two met one another.

Why is all of this cosmic detail important? Imagine you have a cocktail with equal amounts of 12 different liquors. Whisky is one of them. Can you taste the whisky, or are all the other liquors covering it up? Remove the whisky. You're probably not surprised if the drink doesn't taste very different now that it's gone.

Your horoscope is the same. Your zodiac sign or sun sign is just one of many planets. Some planets are better for predicting love (and we're not just talking about venus. But the sun or zodiac sign is not necessarily beneficial for knowing when you'll fall in love, if a man is ready to commit or if someone will cheat.

I discovered an astrology pattern that predicts unfaithfulness. I call it The Cheater's Pattern, and it predicts 95% of the time if a man will cheat on you.

If you're thinking, "Oh no, this sounds really helpful, but it won't help me because I don't know much about the zodiac," don't worry. We won't go into how to predict cheating behaviors in this post --  but I want to assure you that predicting cheating goes way beyond zodiac sun signs.

When we think of a cheater, we usually think of someone in a committed relationship who cheats on their significant other. Susan's story isn't quite so straightforward. Her partner was cheating out in the open.

I looked at Mark's chart and saw that he had the Cheaters Pattern when he met Susan. This piece of information gave her some perspective. She admitted that she had always been much more dedicated to Mark than he was to her. She was always making concessions, and he wasn't. Whenever he chose to show up, she always welcomed him back without any questions.

Susan decided to let Mark go. This was difficult because even after years of being in a casual relationship, spending time with Mark still felt magical. But she had to admit that she had never liked being in an open relationship and had finally had enough. So she broke things off.

Mark surprised her soon after by revealing he had committed to another woman and moved in with her. Suddenly this man who had always claimed he never wanted to commit to anyone proved it was all lies. He just didn't want to commit to Susan. Why? Because of the Cheater's Pattern. It had cast a shadow over his horoscope on the day they met.

Susan was surprised but admitted that knowing the truth helped her move on. Within a year, she was engaged to another man. Happy she had left Mark behind.

The Cosmic Way To Watch Out For Cheaters In The Future

Now that you know, a Gemini is not more likely to cheat than someone with her sun sign in a so-called 'safe" sign like cancer. How do you use the stars to learn if a partner will be faithful to you?

My Dating On Time Course gives you access to my Partner Chart Calculator so you can check out new people you meet to see if they're legit. And you don't need to be an astrologer to use my easy-to-read color-coded astrology love timing tool.

But my tool can only help you if you have two pieces of information:

Number one) You'll need to know when you met your partner within a few days or weeks.

Now you're either thrilled because you have all of that information, or you're thinking, Ugh, how can I get my hands on that data?

That's awesome if you feel comfortable asking a past or present partner for that astrology info! But if you were hurt by a cheater and went, no contact, you already know you can't get your ex's info, like ever.

Even if you can't get access to the data you need, I can tell you that if a man starts cheating within a year or three of meeting you, he most likely had the Cheater's Pattern when you two met. Now you know.

Birth charts show you the collection of planets in your birth chart for the moment somebody was born. Some planets in your's and your partners' charts control faithfulness. Zodiac sun signs give much less detail. But using astrology love timing, you can see if the Cheater's Pattern was blocking your relationship the day you met. Knowing this will show you if your connection will be crowded or if you'll have your man to yourself. You'll finally be able to stop worrying if every new man you meet will have a roaming eye. You can even catch a man who's been on the prowl for months or years.

If you've had an unfaithful partner, were there signs in the beginning that they might cheat? Or was it a total surprise?