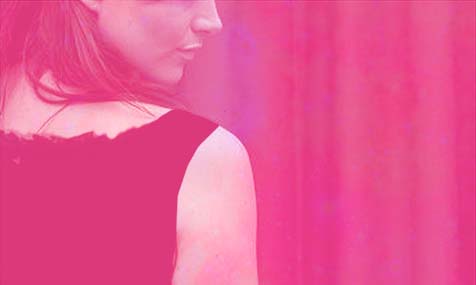 Are you in a female lead relationship? Do you want a partner who takes control? Do you want to stop having to wear the pants for the both of you?

In this article, you'll learn how Venus can warn you ahead of time if your partner is relationship-challenged.

But before we start, here's a truth bomb...

The number one thing that predicts if a partnership will be successful is what was going on with the planets when you two met. It's called astrology love timing. tells you if he'll be faithful, whether you'll be in a one-sided relationship, or if you'll ever be more than friends. Click to take the quiz to access my free instant training.

Isn't The Word "Control" Problematic In A Relationship

Karena's partner Anna looked like she was the macho one from the outside - so of course, hello patriarchy, everybody assumed Anna was in charge. But actually, Anna looked up to Karena and depended on her to lead.

Calle longed for Bob to open up to her like he had when they first met. But when he retreated into his shell, Calle felt emotionally abandoned and was forced to steer the business they had created together.

Sophia felt uncertain that her partner even cared for her when they first got together. As time went on, the only thing ruining the security of their relationship was her partner's problem with OCD and intrusive thoughts.

All of these couples had one partner with a secure Venus. While the other partner's Venus was compromised -- making them lean back because relationships are a bit of a struggle. This article will show you how to use your Venus to spot if relationships are a healthy part of your zodiac's DNA.

To get started, write down your Sidereal Venus plus degrees. And your partner's as well. Keep in mind that if you use tropical astrology for this example, it may not work as intended!

No worries if you're stuck wondering what I mean by "Sidereal Venus." Head over to my handy Venus-centric post on generating a free sidereal chart. Once you're ready, write down the degrees and zodiac sign for your Sidereal Venus' and your partner's Sidereal Venus. Got it? Great! Drumroll, please.

Do either you or your partner have Venus between 0 and 3 degrees? If so, this can create instability for you as a couple. Why? Because Venus is the planet of love and marriage. So when Venus is at the beginning degrees, it's in seed form. Only just beginning its journey to learn about the heady world of romance.

This person may have trouble with:

Each of the three couples I'll be talking about had one partner with their Venus at zero degrees. While the other person in the couple had her Venus anywhere from 4 to 27 degrees.

At the beginning of Sophia's relationship with Danny, she wasn't sure if he wanted to be with her. And even questioned if she was good enough to be with him.

Part of the problem was that because Danny had his Venus at 0° Capricorn, he failed to express his real feelings to Sophie. And this left her in the dark and made her feel insecure. So even though they very quickly moved in together, she questioned their relationship.

Through time Sophie realized that Danny did want to be with her. After realizing Danny had problems with OCD and intrusive thoughts. Sophie found herself needing to be the stronger person in the relationship.

Calle and Bob started a business together. Eventually, the relationship deteriorated so much that Bob moved out. They didn't exactly break up, and Calle kept putting energy into their connection while Bob held back. Meanwhile, their business forced them to talk to each other over zoom daily.

Calle and Bob were in limbo. Not quite apart but not together either. Bob was okay with this arrangement. Why not? He's used to being in relationship limbo because 0 degrees in a sign is a holding pattern. Undeveloped. Amorphous. All of this was known territory for Bob. But Calle wanted to go back to the beginning of the relationship when Bob had been a willing partner who showed up. On their zoom calls, she hoped he'd suddenly be himself again. But he stayed stuck.

Refusing to be a team player or opting out is a common technique of the zero degrees person. They'll sit on the sidelines, putting their partner in the position of showing up for the both of them. Otherwise, if everybody stops playing, the relationship is over by default.

But a zero-degree Venus doesn't always mean the person will hold back. Sometimes they're all in. Otherwise, if they're not interacting inside a couple, they can't work on their goal to develop their Venus abilities. This is what it's like for Anna and Karena.

Anna was all in. She felt like Karena was her soulmate and seemed relieved to hear that her sense that Karena was in charge was on point. They spent a lot of time talking together. About everything. Communication was massive for both of them, but this was the first time when the desire for a lot of constant talking felt mutual.

Anna was finally getting her desire to work on her 0 degrees Venus met with a partner who enjoyed processing their relationship as much as she did. It was a win-win.

Can Our Relationship Last?

Anna and Karen's relationship shows that a couple with a 0° Venus person and someone with Venus in a standard degree can work out. It just means that more effort needs to be made by both of them. And this is easiest when they both have a similar way of working through problems. After all, many things will come up because the 0 degrees Venus person is constantly learning.

Just remember. For the non-zero degree person, it can feel like your role is to be your lover's relationship study partner.

What to expect from a zero degree Venus partner:

But even with all of the potential problems, your zero-degree partner will not necessarily break up with you. Why? Because if they left, they couldn't continue to experience how romantic partnership works. Or doesn't work!

Someone with zero degrees Venus may not do what most people expect folks to do in a relationship. A lot of people will call these mistakes. Or sometimes, people would even perceive it as the 0° person actively creating problems that put stress on your union.

The problem is that they will typically go about getting their needs met from a place of woundedness.

Meanwhile, the non-zero degree person is ultimately in control. Why? Because they have healthy relationship DNA, so they become the one who calls the shots and keeps the relationship running as smoothly as possible.